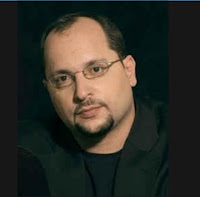 
Pianist Yuval Admony is a Professor of Piano Duos, Piano Solo and Chamber Music in the following establishments. Piano Duos: The Buchman-Mehta School of Music in Tel Aviv University, The Tel Hai International Piano Master Classes in Israel, at the Piano Youth Summer Course at The Jerusalem School for the Arts (as Director) and at the Thelma Yellin School for the Arts. Piano Duo Master Classes abroad include the Rimsky Korsakov Conservatory in Saint Petersburg, PTNA - Japan National Piano Teachers Association in Tokyo, KNUA - The Korean National University of Arts in Seoul, Piano Fest in Subotica, Serbia and others. Piano Solo: regularly at Ramat Hasharon and Givaataim Conservatories, and as a visiting artist to international courses: Primavera Pianistica in Belgium, Euro Arts in Halle, Germany, Perugia MusicFest in Italy, Poros International Academy in Greece, The Norwegian National Academy of Music in Oslo, The Pacific Rim Festival in the Vancouver Island, World Piano Teachers Association in Novi Sad and Piano Fest in Subotica, both in Serbia.

Mr. Admony has been a jury member in National & International Competitions including The America–Israel Foundation, Tel Aviv Academy Chamber Music Competition, The Concerto Competition in Tel Hai Master Course, Qualified Musicians in the Israeli Defense Force, IBLA GRAND PRIZE in Sicily, National Piano Duo Competitions Duettissimo and Take Two in Israel, New Immigrants Competition and others. His students have been prizewinners in national competitions such as the National Piano Duo Competition and The Glitter of the Baroque, The Pnina Zalzman Competition, Audition winners to play with the Israeli philharmonic and the Jerusalem Symphony Orchestra and award recipients of the American Israeli Foundation. His students have been participating in Summer Courses in Israel & abroad: Perugia Italy, Vlasti Greece, Castle D’Úrsel Belgium, EuroArts in Germany, Poros Festival in Greece, Piano Fest in Serbia.

Mr. Admony directed for a decade the concert series: Around the Piano hosting leading musicians from Israel and abroad. In 2003 he co-founded and was the Artistic Director of: The 1st International Piano Duo Festival in Israel presenting duos from 10 countries in prestigious halls such as The Israel Opera House and The Jerusalem Theatre – hosting The Israeli Chamber Orchestra. Member of the Music Committee in Israel Ministry of Culture, and the Chairman of Israel Piano Teachers Association - affiliated with the European organization. He is the author of the book: "Musical Fun - Thoroughly Done", 4-hands Teacher-Pupil pieces on all basic music aspects (The Scale ~ Tone and 1/2 Tone ~ Intervals ~ Chords ~ Degrees ~ Clefs ~ Note Values) with fables & drawings.

Mr. Admony holds a Masters Degree from the Tel Aviv Academy of Music and an Artist Diploma from the Royal Academy of Music in London. Was a Piano Teaching Assistant during his Doctoral studies at the University of Texas in Austin. Amongst his teachers were Prof. Emanuel Krasovsky, Prof. Viktor Derevianko, Prof. Yonatan Zak and Prof. Pnina Saltzman. His teachers overseas were Prof. Christopher Elton; at the Royal Academy of Music in London, and Prof. Gregory Allen; at the University of Texas in Austin. Studied chamber music with the Amadeus Quartet in London, and received chamber music master classes with Aurèle Nicolet, Nobuko Imai, Claude Frank and other renowned musicians during his eastern European year in 1994/5 in the European Mozart academy.
During his studies Yuval Admony was prizewinner in The Recital Competition in Masters Degree of the Tel Aviv Academy, The Chamber Music Competition at The Royal Academy of Music, and the Concerto Competition of The University of Texas at Austin; consequently performing with UT Symphony Orchestra. After his studies, he performed in chamber music festivals in Krakow, Budapest, Prague, Warsaw and Florence. His live concerts of Enescu’s 2 Piano Quartets in the Slowazki Theatre in Krakow were released with EMF label in Salzburg. Recorded the CD: Towards 2000 for the Israeli Composers League in the Anthology: “Psanterin” –100 years of Israeli composition for piano solo.