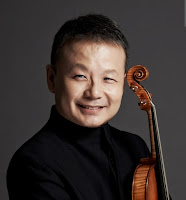 
A native of Taiwan, Keng-Yuen Tseng began studying the violin at the age of five and made his performing debut at the age of seven. Upon his arrival in the United States in 1980, Mr. Tseng was awarded a full scholarship to the Manhattan School of Music, where he studied with Erick Friedman and Glenn Dicterow.

Mr. Tseng has performed in recital and as a concerto soloist throughout the United States, Europe, Central and South America, and the Far East. Orchestras with which he has appeared as soloist include the National Orchestra of Belgium, the Noordholan Philharmonic, the Koninklijk Philharmonic Orkest van Vlaanderen, the Ensemble Orchestral de Paris, the Simon Bolivar Orquesta Sinfonica, the Tibilisi Symphony Orchestra, the Evergreen Symphony Orchestra, the Taiwan Symphony, and the National Symphony Orchestra in Taiwan, among others. He has appeared at prestigious venues such as the Carnegie Hall, the Kennedy Center in Washington D.C., the Palais des Beaux-Arts in Belgium, the Theatre Des Champs-Elysees in Paris, Shanghai Concert Hall, and National Centre for the Performing Arts in Beijing, China.

A dedicated teacher, Mr. Tseng currently serves as a violin faculty at the Peabody Institute of the Johns Hopkins University. He travels to his native Taiwan and China several times each year, where he conducts master classes, seminars, and mentors a growing list of prize-winning students. In addition, Mr. Tseng serves as the Artistic Director of Phoenix Arts Management and is a recording artist under Dynamic and SYArts labels.

“An active Player who thrives on the contact between orchestra and soloist… Tseng also succeeded brilliantly as recitalist, he drew the audience away from a competition atmosphere.”
The Strad Magazine

“Here is the real thing, commanding presence, interpretive ideas, a fully throughout conception of the music from beginning to end… Here are musical ideas and performance skills wedded in most convincing fashion.”
Fanfare Recording Review 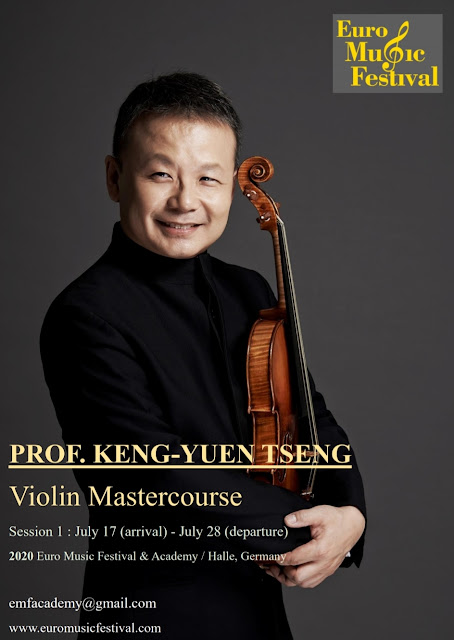