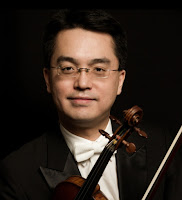 “His musicianship and dedication are exemplary. Taiwan is fortunate to have a such fine musician.”
－ Cho-Liang Lin, World-renowned Violinist

Featured as one of the duo-soloists with Julian Rachlin in Bach’s Double Concerto in 2014, violinist Ray-Chou Chang is highly sought after as a Soloist, Concertmaster, Chamber Musician and Teacher. He currently serves as the Concertmaster of National Taiwan Symphony Orchestra, a position he held since 2009, and had been invited to play with Evergreen Orchestra and Sichuan Symphony Orchestra of China as a guest concertmaster.

Chang received his first violin lesson at age five and won a top prize in the Taiwan National Violin Competition in 1987. During the same year he also made his orchestral debut and went to the United States of America to further musical training. He completed his Bachelor’s and Master’s degrees at Peabody Conservatory of Music and his Doctoral degree at University of Maryland, College Park.

He was a recipient of the Evergreen Foundation Grant from 1988 to 1995 and was the Grand Prize winner of 1990 National Fischoff Chamber Music Competition in USA. Chang is also an outstanding recording engineer. He has received a Recording Arts and Sciences Degree from the Peabody Institute of the Johns Hopkins University and has worked as a Broadcasting Engineer for the National Public Radio in Washington D.C. 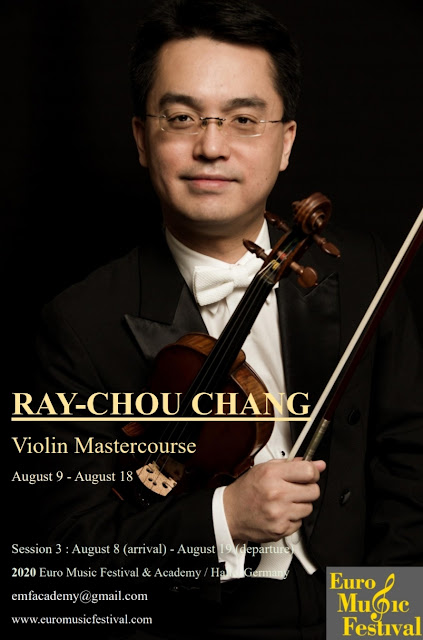