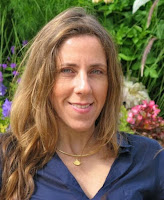 
Ifat Zaidel was born in Israel in 1970, and lives in Tel-Aviv. She graduated the “Telma Yalin” arts high school in 1988, and in 1993 received her B.Mus. degree (specialization in piano performance) from the Academy of Music, Division of Musical Performance, Tel Aviv University. Mrs. Zaidel received a M.Mus. degree in chamber music and accompaniment from the Buchmann-Mehta School of Music, Tel-Aviv University, in 2012. During the years 1993-1995 Ifat Zaidel studied music education at the Levinsky College of Music, Tel Aviv, specializing in rhythmics.
She has more than 30 years of experience in piano teaching of students of all ages, and in accompaniment. In addition, during the years 2000-2007, and 2009-2010, Mrs. Zaidel taught music theory, solfege, music history and chamber music, at the music department of the “Kiriat Sharet” high school in Holon (Israel), and the “Katzir” high school in Rehovot (Israel), respectively. During 2008 she spent a year in Trondheim, Norway, and worked as an accompanist at the city's municipal music and culture school (TKMK).
In 2012 Mrs. Zaidel joined the piano department at the Israel Conservatory of Music, Tel Aviv, where her class currently includes more than 20 students. Mrs. Zaidel’s students won several awards in national piano competitions and receive grants from the America-Israel Cultural Foundation (AICF).
During the years 2010-2014 Mrs. Zaidel belonged to the faculty of the annual Goppisberger musikfestival und academy, held in Grächen, Switzerland, where she taught piano lessons, and participated in chamber music concerts with various artists.
Mrs. Zaidel is also a member of EPTA, Israel Section, and serves as the head of the Tel Aviv district of the organization. Mrs. Zaidel performed in numerous chamber music concerts in Israel and abroad, and she is currently a member of the Octopus piano quartet. 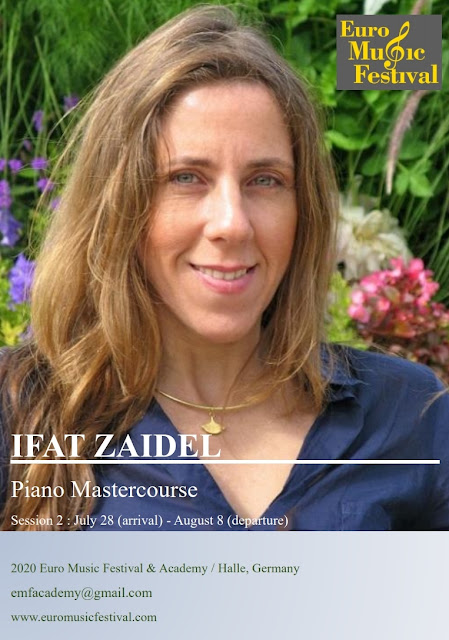